Everyone -from renowned chefs to top cuisine connoisseurs- is in great expectation  to find out if the 2 time Michelin star awarded Celler de Can Roca restaurant in Girona will be at last privileged with a third star in 2009.

According to the Roca brothers “a two Michelin star restaurant is one that strives to improve every day, just like a 3 star. We are trained to bear the stress that comes with being in the front line, whether we are awarded with the third star or not. To eat at Celler de Can Roca, customers as well as renowned chefs travel from abroad, which is the highest aim for those who are in this business”.

Last year many thought the Roca brothers would be prized with the precious award for the third time but that didn´t happen. Even Ferran Adria stated that he didn´t understand how Spain, being a world culinary benchmark, had not been awarded accordingly.

However, Celler de Can Roca is one of the top 5 restaurants in the world –preceded in ascending order by Mugaritz, Noma, The Fat Duck and El Bulli.

The restaurant was prized in April with a St. Pellegrino award of the magazine “Restaurant”. Its rise on the magazine´s ranking list has been remarkable since the year before it was on the 26th position.

As for this year´s Michelin awards to be celebrated on November 25th, the guide will celebrate its 100th  Spain edition, a great time to know who the prize winners are. Many prestigious chefs and culinary personalities will attend this exclusive event, although names have not been revealed yet.

If you have a taste for fine dining, a number of our food and wine tours include visits to these top Spanish restaurants such as our Best Of Barcelona and the Basque Country Gourmet Tour which combines two of the top culinary destinations in the world,  Barcelona and San Sebastian (for those in search of Michelin stars-there is no place better!) 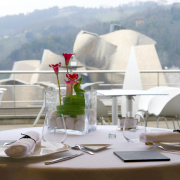 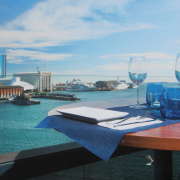