The Dordogne region of France has literally hundreds of caves, many of them open to visit. 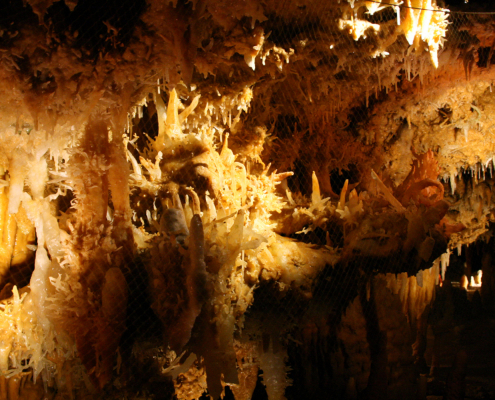 The most important caves in France are here, located near the village of Montignac, called the Lascaux caves. The original cave has been closed to the public for more than 50 years and is now under close surveillance in order to preserve it. However, a replica cave has been built nearby, Lascaux II, and is open to visit. In its 2 galleries the same paintings, same techniques and same pigments have been meticulously reproduced to enable everybody to discover the prehistoric masterpieces. 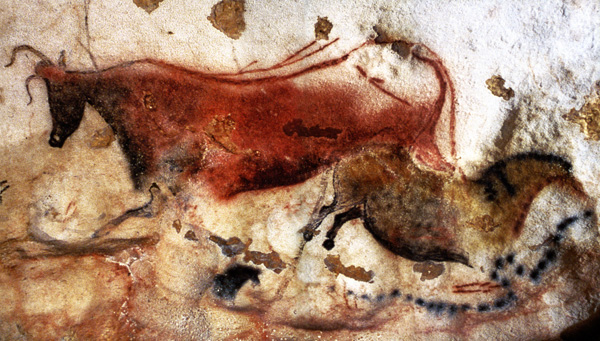 The Grotte de Rouffignac is one of the largest caves in the region. It is a development of about eight kilometers of galleries on three levels – some are ten meters high, others just 12 meters wide. Apart from a small brook, running along the deepest galleries, most of the network is totally fossil with friezes of woolly rhinos, engravings of mammoths and hollows scratched out by hibernating bears.

The town of Les Eyzies-de-Tayac  sits comfortably under a limestone cliff and is the doorway to the prehistoric capital of France. Early Homo sapiens lived about 40,000 years ago, and skeletal remains of Cro-Magnon man were first found here in 1868. Today a number of excavated caves and grottoes are open for public viewing. 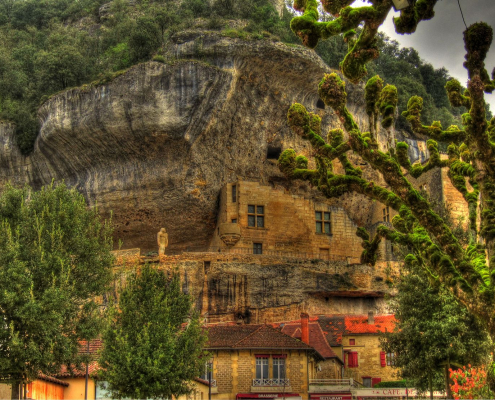 The Grotte du Grand Roc, just a few kilometers from the town of Les Eyzies, is a marvellous natural cave located half way up a cliff face above the Vezere river. It contains amazing stalactites and stalagmites. The main cavern is a fairy grotto but never enters out into a large space – it is more of a winding pàssage with thousands of tiny and small stalactites on either side clinging to the ceilings and crystallized rivers of calcified rock running down the walls. 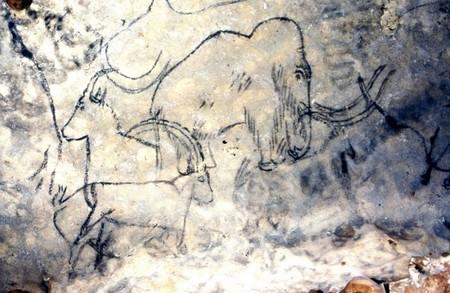 Staying within the triangle of Perigueux, Bergerac and Sarlat, you will be able to explore the beautiful Dordogne region of France on a Gourmand Breaks Private Tour Itinerary.

The South West of France is easy to combine with Spain and, as all our tours are private,  we can happily customize any of our Spain and France Food, Wine and Cultural Tours to include the Dordogne region of France for you. 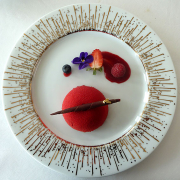 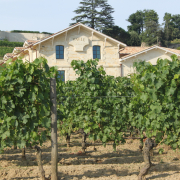 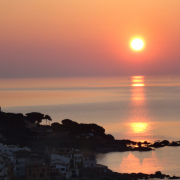 What is Nouvelle Cuisine?