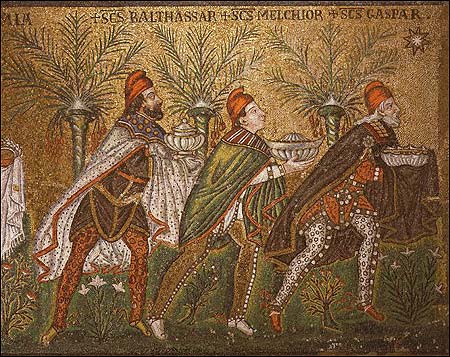 The celebration originates from the New Testament where it is stated that the kings, Melchor, Gaspar and Balthasar, travelled by night from afar to bring gifts to Jesus, whom they recognized as the Son of God. As well as being regal, the Three Kings are depicted as wise men, whose very wisdom is proved by their acknowledgement of Christ’s divine status. Arriving from three different directions, the kings followed the light provided by the star of Bethlehem, which lingered over the manger where the Virgin Mary gave birth for many days.

In 1885, the Spanish government called for a parade to mark the very special holiday. While the traditional scriptures tell of gifts of myrrh, gold and incense, these days the Kings bring sweets or in Spanish caramellos. It remains a beloved tradition and also the longest standing parade in Spain.

With festive lights brightening the streets and nativity scenes in various locations, Spaniards celebrate the arrival of the Kings on 5th January each year with a joyful parade called the Cabalgata de los Reyes Magos. The kings ride upon horses or elaborate floats and throw sweets to the children lining the streets. This is also traditionally the big opportunity for children to ask the Kings for presents.

Later that evening, just before going to bed, children leave out their shoes in a spot where the Kings are sure to see them. The religious monarchs, just like Father Christmas, certainly love their sweets, so Spanish children often set out Turron, chocolate and sweets to entice the Kings as well as hay to feed their camels. When morning arrives, the children scream with delight to discover that the Kings have nibbled the sweets, the camels have eaten the hay and next to their shoes there are presents, brightly wrapped and waiting to be broken into. To follow,another Spanish Christmas tradition a breakfast of Roscón de Reyes, a ring-shaped cake decorated with fruits symbolizing the precious gems that adorned the royal trio’s dramatic clothing. 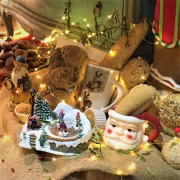 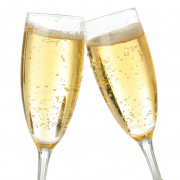