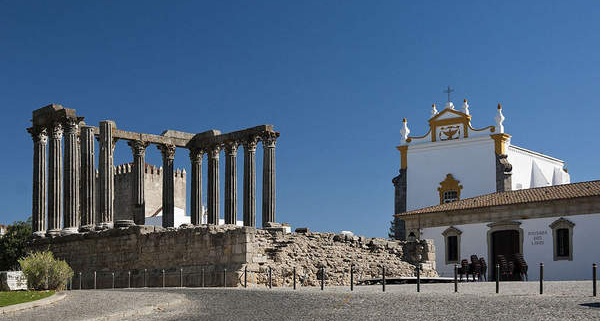 Evora is a small city surrounded by 14th century walls in the Portuguese wine region of Alentejo which is a vast, sun-drenched area covering around a third of Portugal. Only five per cent of the land is planted with vines though and between towns in Alentejo you can drive for miles passing cork and olive groves, vines, crops and grazing livestock. 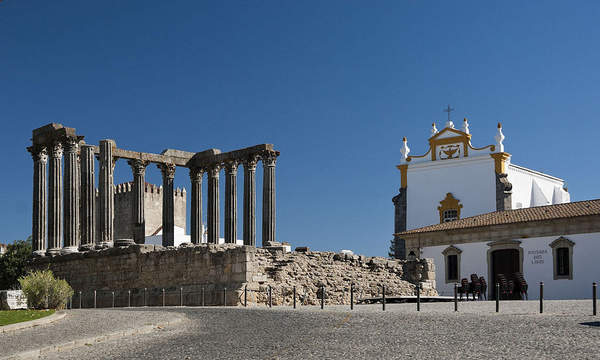 Évora is a walled city with a proud, rich and imposing past. The Romans were here, leaving their 1st century Temple behind, but so were the Moors who occupied the narrow streets with quaint small white washed houses.  Traces of different eras and civilisations have been left virtually untouched in a city where people still walk small cobbled, medieval streets. Large archways give way to picturesque squares where local artisan shops are found next to the modern high-street names and terraced cafés invite you to relax and watch the world go by. The large amount of rich monuments found in this city has led to its UNESCO classification as the ‘the finest example of a city of the golden age of Portugal after the destruction of Lisbon by the earthquake of 1755’.

There are many great Alentejo wineries that you can visit in the surrounding  countryside so Evora makes a wonderful base for discovering the wine region although in Evora itself don’t miss:

Catedral da Sé – Built in 1186 in Romanesque style and later restored in the Gothic this is the greatest medieval cathedral in the country.  The facade is dominated by two asymmetrical towers flanking a massive doorway, which includes twelve figures of the apostles that are masterpieces of Portuguese Gothic sculpture. Don’t miss the shrine studded with 1,426 precious stones—and a piece of wood thought to be from the True Cross.

Templo Romano de Évora ou Templo de Diana (Roman Temple of Évora or Temple of Diana) –  This is one of the city’s most famous monuments and one of the main symbols of the Roman occupation of Portugal. There are 14 columns left of this temple which was originally built in the 1st Century A.D. as a place of worship to emperor Augustus. Legend has it that it was erected in honour of the Roman goddess of the hunt, Diana, and is more commonly referred to today as the Temple of Diana.

Aqueduto Água de Prata (Silver Water Aqueduct) – This is a masterpiece of engineering workdating back to the 16th century and one of Evora’s iconic monuments. Follow the aqueduct inside the walls of Évora and see how homes have been built inside the arches.  It is one of the largest aqueducts in Portugal and  used to bring water from the springs of Graça do Divor, 11 miles (18 kilometres) away, to the center of the town.

Capela dos Ossos (The Chapel of Bones) – Built in the 16th century by Franciscan monks to invite contemplation on the transitory nature of life, to transmit the message that life was just a passage before reaching heaven or hell. Approximately 5,000 skeletons, from 42 local cemeteries, are exposed on its walls and ceilings —ironically, all but the bones of the monks who created the chapel. This intriguing chapel belongs to the Igreja Real de São Francisco (San Francisco Royal Church) and if you are a little sensitive you may have to think twice before you enter the archway that states “We bones lying here await yours”.

University of Évora – This 16th century university is the second oldest in Portugal and the azulejos that decorate the classroom entrances represent each of the subjects taught.  Opened in 1559 and run by the Jesuits before they were evicted by the Marquês de Pombal in 1759, its elaborate classrooms look onto a serene courtyard with a central fountain. Feel free to walk through its marble cloisters, look in on classrooms with teaching pulpits and 18th-century blue-and-white azulejos (tiles, painted here to reflect the academic subjects) and don’t miss the chapel’s tapestry and the stunning painted ceiling of the library. The students are unfazed by visitors.

Praça do Giraldo –  The center piece of the main square of Evora is a marble fountain,  the fonte Henriquina, that dates from the 1570’s.  This water fountain  marked the original source of the aqueduct of silver water and has eight streams, each representing the eight streets which lead from the Praca do Giraldo.  The square today is a calm and pleasant setting to spend an hour or so doing some people watching but was once the scene for some of the region’s most violent historical events such as the murderous 16th century Spanish Inquisitions for which it was the focal point.

Our travel agency creates private and high-end wine, culinary and cultural tours in Europe. We understand that everyone’s idea of the ´perfect´ package is unique which is why we work with you to customize your unforgettable experience – with an emphasis on the personal touch. Contact us to receive a quote for your private customized food and wine tour 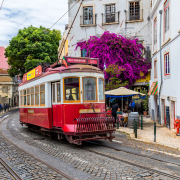 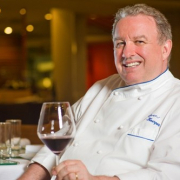 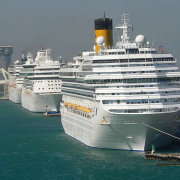 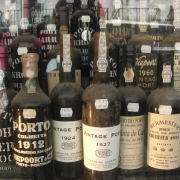 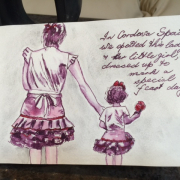 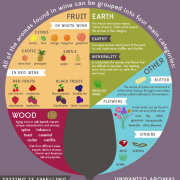 How to Identify Wine Aromas