The Roca brothers at El Celler de Can Roca, recently ranked by Restaurant Magazine as the 5th best restaurant in the world, opened their doors for private cooking class for the first time since its’ existence.

Who were the first lucky students to learn the latest culinary techniques from arguably two of the best Avant-Garde chefs in Spain, and perhaps the world? None other than Kent Rathbun, highly acclaimed Dallas chef, with his annual group of tour guests. Rathbun owns and operates a number of the popular restaurants in Texas, namely Abacus and Shinshei, among others. Each year he offers a chance to travel to different parts of the world on a culinary tour with him and his wife, Tracy.

This year’s ten day tour, organized by Gourmand Breaks, began in Barcelona, Spain, and the proverbial cherry on top was the cooking class at El Celler de Can Roca. In this case, that cherry was created from liquid nitrogen. That’s right – after the guests were greeted by Spanish chefs Joan and Jordi Roca, head chef and pastry chef respectively, Jordi began the presentation right away and formed a sorbet of cherries into a ball. He then submerged them into a vat gelatin and a vat of liquid nitrogen and froze the entirety of the contents instantaneously; everyone’s jaws dropped in awe. He then added an actual cherry stem to the top to create the illusion of a real cherry and gave the guests the opportunity to make their own. Quite obviously an artisan of insinuation himself, Jordi creates several other illusionary dishes, which play on all five senses. For example, like watching a magician perform, he uses a blown sugar ball to produce the appearance of an apricot. The delicately thin orb assumes the role of the skin, while compacted fruit on the inside takes place of the flesh of an apricot. Absolutely delightful!

The Roca brothers’ say it best on their website – “Cooking is an art of make believe. Of appearances. Things that look like other things. Things that take the shape of what they intend to be, but with no extrapolation implied in such imitation. The art of insinuating.”

Spanish Chef Joan Roca picked up from there and led the group to the meat station where he demonstrated the technique of cooking at a low temperature over a long period of time known as sous-vide cooking. Joan demonstrated how one of Spain’s most traditional dishes, the acclaimed Iberian suckling pig, can turn out incredibly perfect with the help of the Roner and company. The professional Roner, created by Joan, uses precise mathematical time and temperature control to cook sous-vide. These days, modern chefs around the world find the Roner absolutely indispensable to maintain the integrity of the product and to ensure a perfect result every single time. As a matter of fact, Joan has concocted another device, the Rotoval, which is a distillation machine adapted for kitchen use. It’s amazing how the traditional recipes carefully preserved by generations of Roca family chefs combined with state of the art devices lead to dishes of astonishing perfection!

The Gourmand Breaks privileged clients were later treated to the delicious lunch and witnessed with their own taste buds the perfect harmony of modern and traditional cuisine. After the unique experience of an afternoon in the Roca brothers kitchen, one can fully appreciate their enormous contribution to the development of avant-garde cuisine worldwide. It is no wonder they are considered one of the top restaurants in the world.

For additional information about visiting El Celler de Can Roca or other such prestigious restaurants for a cooking class of your own or to visit on your very own customized Spanish culinary tour visit the Gourmand Breaks Website. 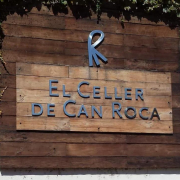 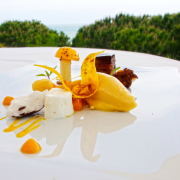 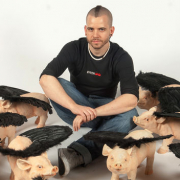 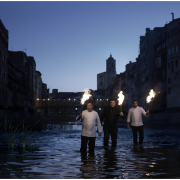 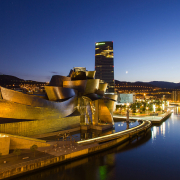