Where do you go to get a real feel for for your destination? Somewhere to breathe the life and soul of the place you’re visiting and revel in the sights and delights of it’s everyday life? The Market of course! Every city has one (or more) and Barcelona is no different as it plays host to the largest marketplace in Spain – La Boqueria Market – Probably the Best Market in the World! 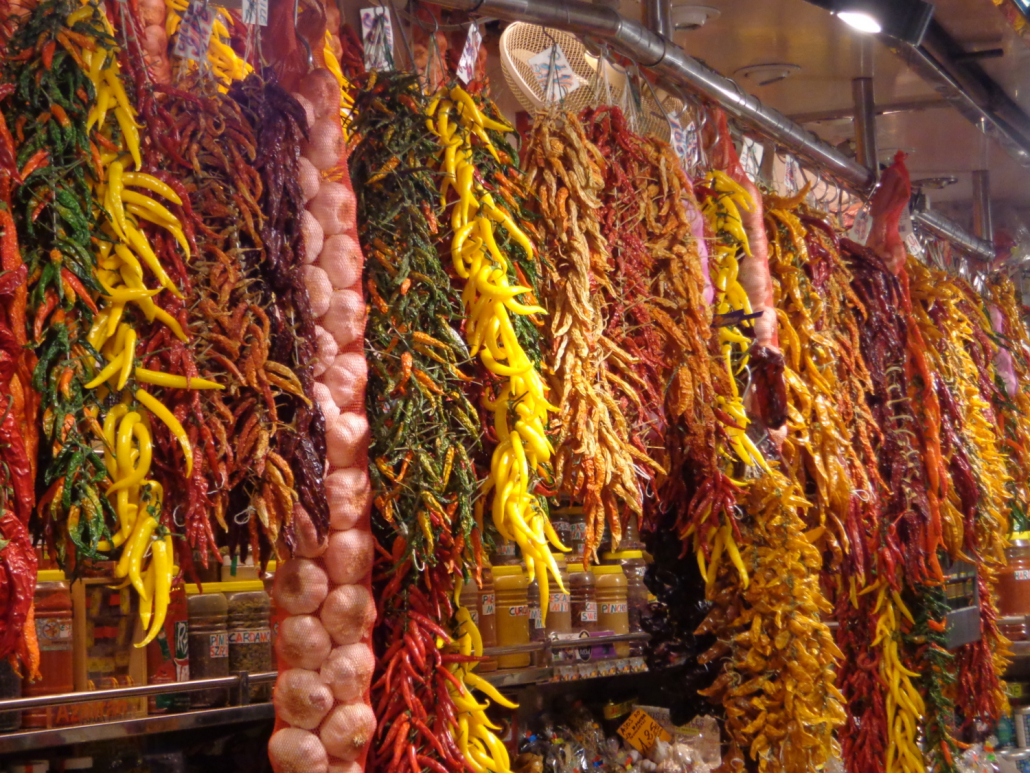 The ‘Mercat de Sant Josep de la Boqueria’, most simply referred to as La Boqueria, is Spain’s most important market place offering the freshest and most diverse selection of produce from all over Europe, arriving by sea or from the nearby fertile farmlands. La Boqueria Market is an institutional icon of Barcelona and, not only a market to shop in, it’s a place to eat, drink, be merry, gossip and breathe in the life and soul of Barcelona.

Located in the mid Ramblas of Barcelona, this over 800 year-old icon is today a museum of the brightest, most curious and delectable foods that Europe has to offer.  In any season you can lose yourself in a wonderland of fruits, vegetables, meats, seafood, baked goods, nuts and sweets. But be warned: not only is it a kaleidoscope of colors, shapes and scents, it can also lead to taste-bud overload! 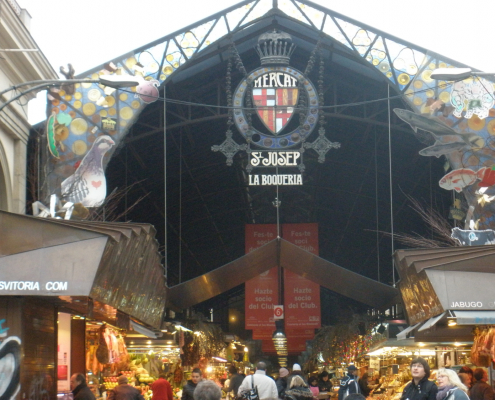 La Boqueria Market, in Barcelona, started life in the 13th century as an open-air, table-top,  market which, as La Rambla became an increasingly important pedestrian street, finally found it’s place in the best location to attract passers-by and locals. La Boqueria  Market was legally recognized in 1826 and construction of the official structure commenced in 1840.  A new fish market opened on site in 1911 and in 1914 the metal roof of La Boqueria, which still exists today, was inaugurated.

Today, through the maze of over 300 booths, the rainbow colors of local and exotic products will amaze you and your senses will heighten as you look from left to right and up and down.  An overwhelming feeling will envelope you and a sensation, as near as that of Alice in Wonderland or Charlie in the Chocolate Factory, will not leave you disappointed!

At Gourmand Breaks we frequently include la Boqueria market private guided  tours, for our guests, followed by fun and informative cooking classes with our professional chef as well as tastings at all the most authentic ´foodie´ hot-spots in the city!

Join us on a Private Food, Wine and Cultural Tour that includes Barcelona, like our Highlights of Spain, to see the delights of La Boqueria market.